Housing department-RERA to come into force on 1st May 2017 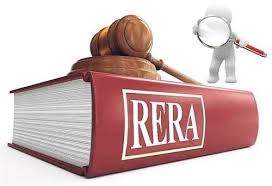 The Ministry of Housing has made it clear that the RERA Act will come to implementation in all Indian states from the 1st of May, 2017. The ministry also ordered the state government to quicken the process and set up the RERA authorities in the given time.

The ministry of Housing Department has tweeted “RERA will come into full effect from 1st May 2017, and we request the states to expedite the process." The above stated tweeted comes from Mr. Rajiv Ranjan Mishra, joint secretary, ministry of housing and urban poverty alleviation on the occasion of two day National Review and consultation meeting that was organized in Delhi on the Pradhan Mantri Awas Yojna (Urban).

Mr. Venkaiah Naidu, on February 9th, 2017, had sent a letter to the CMs asking for their personal attention to implementing RERA on time. Till now, Madhya Pradesh, Gujarat, Uttar Pradesh, and Kerala have notified the final rules. The central government has also informed the rules for six Union Territories including Delhi.