"RERA filing is a technology platform to simplify your RERA registration process. We are committed to help real estate agents and promoters in solving their RERA compliance. Our mission is to offer affordable, quick and automated professional services to clients." 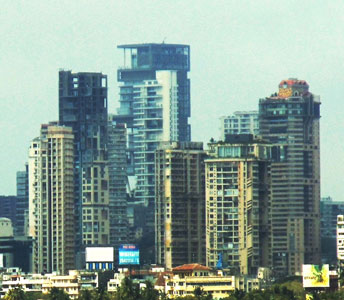 India has a vast population which needs basic facilities like food, house and employment opportunities. The housing among these fields is one of the major ones. Real estate business being one of the leading revenue generators, it never had a regulating body. Due to the failure of the government to observe this, many people have become the victims of some scheming people doing the real estate business. The middle-classed buyers generally fall prey to such petty real estate developers. There was a growing need for transparency to check the developers.

Finally, the government delivered by making an authority known as (RERA) Real Estate Regulatory Authority. It was passed in March 2016 by the parliament. It promises justice to the buyer through implementation of policies to be fulfilled by the developers to sell their projects. One of the key justifications for the authority formation is that the real-estate sector is unorganized and unregulated. There is this problem of delayed possession given to the home seeker by the rich and the cunning builders. Thus, RERA will help people by bringing in a high level of transparency and discipline that these builders must have to follow.

RERA is required in the country keeping in mind that due to the lack of activeness in the government work including project approvals, many promoters resort to unfair ways to continue their work. Also, the Real Estate Agency is establishing Central Agency Council and Real Estate Appellate Tribunal with RERA so as to boost the level of confidence in buyers for the builders and the agents and also to check the defaulters.

1) It will strengthen & protect prospective buyers from fraudulent developers and builders.

2) It will weed out weak & unscrupulous builders from the business as they will find it difficult to comply with these rules.

3) The stringent provisions buyers’ protection from non-performance & default by the Builders will stop them from cheating as such defaults come along with Criminal penal provisions.

4) All real estate projects have to be registered with RERA prior to commencement. It’s the duty of RERA to fast track dispute resolution through adjudicating judges (district judges)

5) The RERA is sort of judicial tribunal. Now the developer cannot presale the area in bulk but he will have to get registered with RERA. He has to first approach planning authority, Municipality, Municipal Corporation for the proposal of construction. If the proposal is in order, the authority issues Commencement Certificate [CC].

The laws under RERA are still in the early days of development but it will come as a huge relief for the buyers regarding developer-specific risk. The mechanism of RERA will be made such that it provides a common ground for both the buyers as and developers. The key objective of RERA is transparency. The government wants to ensure that every aspect of information that the general public should know should be made available on an informational portal. The regulatory risk will also be laid upon the developer as he will have to pay compensation in case of any discrepancy while giving the possession of a unit. The property business will be at a lower risk as the builders will have to register themselves under RERA

However, even though RERA will bring a new light for the people affected due to the immoral practices of builders, it is still not certain whether the price will go up in the coming year since as per sources, full implementation of RERA all over India will be completed till May 2017.